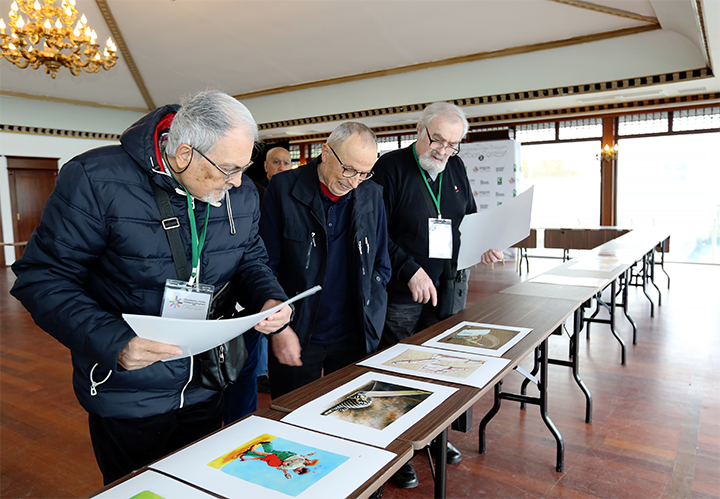 The results of the 2nd International Yeşilay Cartoon Contest, which attracts public attention to addictions, and which is organized with the intention of giving thought to this issue, has been announced. In 63 countries, 379 participants applied with 836 cartoons. the winner of the contest is from Serbia.

With The International Green Crescent Cartoon Contest, it is intended to draw attention to addictions, raise awareness and in this way to ensure that the public, especially the young people, think about the addictions and develop reflexes through humor and cartoon which is an universal language. And this contest attracted a lot of attention. 379 participants from 63 countries, mainly USA, Brazil, Mexico, Indonesia, Russia, China, European countries and Middle East, applied with 836 cartoon pieces. It was aimed that the artists mention to drugs, tobacco, alcohol, technology, gambling addiction, as well as sub-titles and the damages that addictions have on man and society too.

The winner of the 2. International Green Crescent Cartoon Contest was Borislav Stankoviç from Serbia. The other five successfully found cartoons are Ahmet Azimet from Turkey, Kürşat Zaman from Turkey, Grzegorz Szumuws from Poland, Jitet Kustova from Indonesia and Elena Ospina from Colombia.

The winner of the first prize will be awarded $ 3,000, and the five successful winners will be awarded $ 500 and a plaque of achievement. The jury consortium was composed of Prof Dr. Peyami Çelikcan, Rectorate of Istanbul Sehir University and President of the Scientific Comitee of Turkish Green Crescent; Metin Peker, President of the Cartooners Foundation; the caricaturists İsmet Lokman and Igor Smirnov from Russia. And the results were determined by this jury.

Cartoon exhibition in the week of Green Crescent

The rewards of the entries to be awarded at the 2nd International Green Crescent Cartoon Contest will be presented with the ceremony to be held in May. The works that have entered the contest and are eligible to be exhibited will be exhibited in the square during the week of March 1-7.