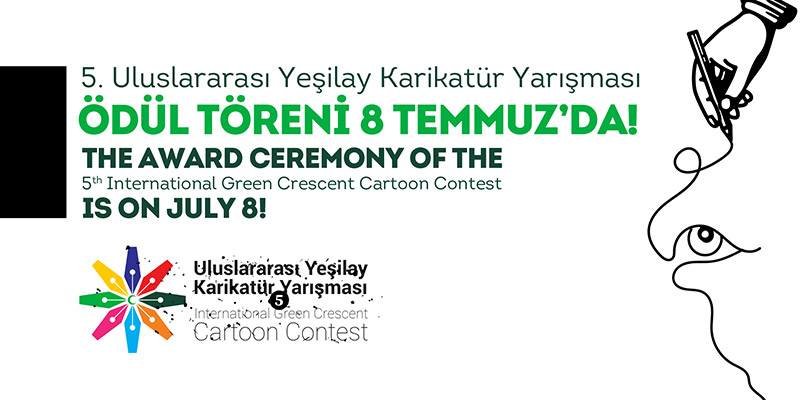 The Award Ceremony of the 5th International Green Crescent Cartoon Contest is on July 8!

The award ceremony of the 5th International Green Crescent Cartoon Contest, organized by the Green Crescent to draw the world’s, our country’s and particularly youth’s attention to the addictions, and to raise awareness with the universal language of the cartoon, will be held online on July 8.

The subject of the contest this year was “The New Generation and the New Generation Addictions”. Attending from India, Indonesia, Iran, Russia, China, and Europe in particular, 1088 contestants from 69 countries applied with 2.034 cartoons to the contest.

Works participating in the contest were evaluated in terms of the artistic quality, appropriate humorous level to the subject, and the social and cultural influence power related to the daily life of the subject reflected in the work. The award ceremony of the contest will be held online on July 8, and the awards of the winning works will be presented to the cartoonists.

*Due to the determination that Micheal Mayevsky’s work, which was deemed worthy of the Third Prize in the 5th International Green Crescent Cartoon Contest, won an award in another contest, the award has been cancelled with the decision/finding of the jury pursuant to conditions of contract/specification.